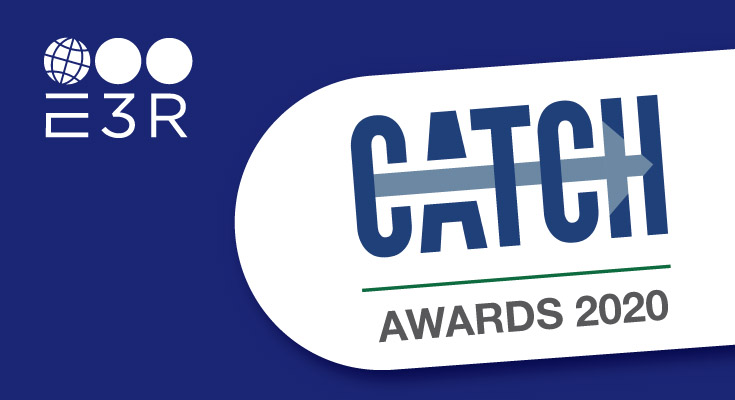 The CATCH Annual Awards 2020 celebrated the process industries successes in their first online awards ceremony last week. The event, which was sponsored by E3 Recruitment (E3R), saw eleven awards presented, following a record number of entries earlier in the year.

The Skills Project of the Year Award was presented to Syngenta. Their current apprentices visited schools in the community, acting as ambassadors and advocates of their scheme. They are engaging with a wide audience and analysed demographics in their recruitment campaigns, to identify and encourage applications from underrepresented groups. They have gone to great lengths to educate and promote apprenticeships which will go a long way to fill skills gaps within industry.

The Young Achiever Award was won by Robbie Hutchinson, a Science Manufacturing Technical Apprentice from Nufarm. Robbie is a trailblazer completing NVQ 18 months early, he pushed himself outside of his comfort zone, working to high standards and assisting other apprentices along the way. Contenders William Suggit, Operations Technician at Px Limited and Tiffany Boal, Electrical Apprentice, Jacobs Field Services were strong runners up and also received trophies.

The Outstanding Leader Award recognised Richard Cahill, of PX Limited. Richard started PX as an apprentice, he won the CATCH apprentice of the year award and has actively championed apprenticeships throughout his career. He was recently promoted to the new Saltend Chemical Park, and successfully led and trained the site team to implement PX safe systems of work, plus assisted the corporate SHE team to deliver the safe implementation of the permit to work system, all whilst familiarising himself with new hazards, process characteristics and parameters of the new site. The above has now resulted in another promotion to Shift Site Manager.

The Best Partnership Award went to WiMe, which is designed to encourage businesses to recruit a diverse workforce and employ more women in manufacturing and engineering roles. The project is supported by Greenport Hull, the Humber four local authorities and The Department for Work and Pensions, as well as 55+ private sector businesses specialising in the manufacturing and engineering industry. Thousands of girls from primary, secondary, further and higher education have attended events, and even more have read the inspiring literature created by the partnership, watched the videos, and visited businesses on workplace visits as part of the movement.

Commenting on the awards, E3R Director Andrew Pilling said: “We are proud to sponsor the CATCH Awards 2020 and celebrate the people and projects who are making a real impact in the industry and within the companies they work. Congratulations to all the winners and also the shortlisted entries, as the number of entries was the highest it’s ever been for the awards, with so much great innovative work taking place as the industry drives forward. We look forward to celebrating with everyone in person next year.”

David Talbot, CEO of CATCH said: “We would like to thank our Awards Sponsors, E3 Recruitment, all those who submitted a nomination, our award finalists, guests and colleagues for helping to make the event a success, even if we couldn’t meet in person at our usual Annual Awards Dinner this year. We are hopeful that our next Awards Dinner on the 6th May 2021 will be in person and one to remember”.

CATCH is an industry led partnership supporting the process, energy, engineering and renewable industries in the Humber region and E3R is proud to have been a partner for the last two years, as E3R is a specialist recruiter for the Chemical and Pharmaceutical, Oil and Gas and Energy and Utilities sectors.