E3Round UP – Brexit – The Manufacturers Outlook 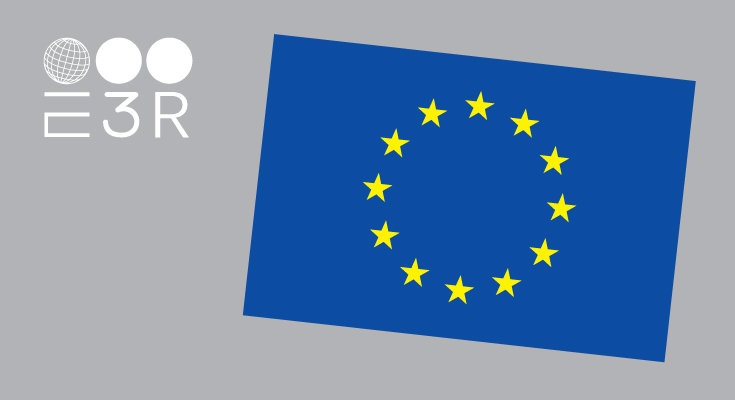 E3Round UP – Brexit – The Manufacturers Outlook

On Thursday 23rd June 2016 the UK voted to leave the European Union. With just over half 51.9% voting leave and 48.1% voting remain, this has made it very difficult for the remain party to come to terms with the outcome, including many businesses.

The immediate reaction to the ensuing uncertainty was a fall in the markets and a fall in the pound, but the market fall was short-lived with the markets ending on a record high less than two weeks later. Warnings of lower profits, hire freezes and redundancies followed with big multinational recruiters commenting publicly on their new outlook for the UK.

The Big Recruiters Outlook
Aerospace giant Airbus who employs 10,000-plus employees in the UK alone,wrote to its workers expressing uncertainty of how the company will proceed with its facilities in Britain. But later in a recent statement confirmed the company’s new stance: “We will work constructively with the UK Government to minimise any impact to our operations. While we are disappointed, clearly we will continue to support our workforce and operate our UK facilities.”

Car maker Ford, which employs 14,000 in Britain, said: “While Ford will take whatever action is needed to ensure that our European business remains competitive and keeps to the path toward sustainable profitability, we have made no changes to our current investment plans and will not do so unless there is clear evidence that action is needed.”

Other manufacturing commentators included Japan’s Toyota, which manufactures cars in Derby, said it would “closely monitor and analyse the impact on our business operations in the UK”.

Rolls-Royce too stressed its commitment to the UK market saying: “We respect the verdict of the electorate, although this is not the outcome we would have chosen. As we have said before, whatever the outcome of the referendum Rolls-Royce will remain committed to the United Kingdom where we have been headquartered for more than a century, where we have a talented and committed workforce and where we carry out the lion’s share of our research and development”….

Oilgear is an American owned company with a global presence including fully-integrated manufacturing, service and training facilities in Canada, Korea, Mexico, Brazil, China and Europe, with its speciality pump and valve centre located in Leeds. Kieran Doyle, Managing Director and European Operations Manager comments below on the impact of Brexit on Oilgear UK’s operations:

“Oilgear UK is part of a global company that sells its products and services on a worldwide platform. The immediate Brexit effect caused UK exports to be more competitive due to the changing value of the GBP. We have already seen exports increase as our sister companies benefit from selling UK goods abroad. UK Domestic demand has also increased as previously imported competitor products appear more expensive.

“Oilgear will continue to identify the risk and reward associated with the changing political, environmental and economic landscape. For example, Oilgear developed a multi-fluid test stand to prove the capability of environmentally friendly alternatives to traditional mineral oils in response to environment demands for more friendly hydraulic solutions. Brexit is significant but it will be managed in the same way we manage other external factors at Oilgear.”

Future Investment
Wind energy giant Siemens who initially warned investment plans in the UK would be put on hold if the UK was to leave the EU has now backtracked and said it will continue to invest.

Juergen Maier, Siemens Chief Executive in the UK, said despite the Brexit vote, Siemens was still committed to its £310m investment in Hull and the 1,000 jobs it will create at a new wind turbine blade factory at Alexandra Dock. Mr Maier commented on the investment in light of Brexit: “We’re just going to have to accept there is going to be uncertainty. In that period of uncertainty look for opportunities to offset those barriers. We can give a lot of reassurance, particularly with what we have here (in the UK) today. We have 13 factories, we are totally committed to them, we see a good market here. But any future investments we might be thinking about, certainly in terms of new activities to export business, we don’t know what the trading arrangements are.”

Manufacturing
Activity in Britain’s manufacturing sector started to recover in the run-up to the EU referendum, reaching a five-month high in June according to the Markit/CIPS survey of Purchasing Managers, which reported it had been at stagnation or contraction levels for most of 2016, then before the vote, it took a marked upward turn. Following the vote, economists have been slashing their growth forecasts for the rest of the year with early indications that the vote to leave will have an impact on the economy.

Mark Carney, the Bank of England Governor, warned a week after the leave vote that there was likely to be a material slowdown in growth and that the central bank was likely to have to ease monetary policy over the summer.

Access to the Single Market
Of particular concern for manufacturers is whether they will still be able to trade freely within the EU single market. Maintaining access to the single market is of paramount importance.

The EEF wants the Government to give an early commitment to remaining in the single market and send a clear ‘business as usual’ message to Europe and the rest of the world, while not holding back on major infrastructure projects such as expanding the UK’s airport capacity. EEF CEO Terry Scuoler said: “The UK Government has a major task ahead of it in supporting growth in the economy and managing the process of securing a new relationship with the EU. In the immediate aftermath of the vote, it must continue to tread carefully by not triggering Article 50 immediately, reassuring the markets and seeking to shore up business confidence.

“The next step is clearly for close engagement with business groups and other stakeholders to ensure that emerging signs of manufacturing recovery do not falter in the coming months and to deliver broad agreement on a clear vision for a new relationship between the UK and the EU.”

Pound Fall Boosts for Exports?
The big question for the industry is whether the negative impact of uncertainty about Britain’s trading relationships can be offset by a boost in exports from the fall in the pound.

While the pounds fall should make British exports more competitive, the link is not straightforward as manufacturers also typically have to import materials and components which the fall in sterling will have made more expensive. Businesses could also choose to use any gains from the fall in sterling to boost profit margins rather than drop prices.

With a weak pound, export growth to both Europe and beyond may stimulate growth – particularly if the UK is able to devise new trade agreements with key economies. With less ‘red tape’ and support initiatives specifically aimed at the UK, manufacturing could continue to make great steps forwards. Or we could face years of isolation and stagnation. At the moment it is really far too early to say.

Bad for Permanent Staff but Great for Contractors
In terms of recruitment, high-end executive recruitment is likely to suffer as companies pause and take stock; however, short-term professional contractors may find there are lots of opportunities as companies decide not to risk recruiting permanent staff and opt instead for interim management to provide cover until things become clearer. Like most situations, some will see challenges and may move some of their operations; others will see opportunities to be seized. The falling pound will provide a boost to exporting companies, which may provide a jobs boost as they find it easier to compete in markets outside the EU.

What Next?
On 11th July Theresa May was announced as the UK’s new Prime Minister to lead and direct the UK out of Europe and get the best possible deal with access to the single market. In response both the markets and the pound spiked as a potential vote of confidence.

On 4th August the Bank of England cut interest rates for the first time in seven years to a historic low of 0.25% in an attempt to stimulate the economy. Other stimulus measures announced included the purchase of £60bn of UK government bonds and £10bn of corporate bonds as part of its quantitative easing programme, bringing the total up to £435bn.

The business community including the CBI, British Chamber of Commerce and the Federation of Small Businesses have all welcomed the Bank of England decisive action to boost the economy. Cutting interest rates will restore confidence in the UK economy as lower rates should lead to cheaper borrowing costs – making finance more affordable and support business investment. But businesses require low, stable interest rates for the foreseeable future and what’s vital is that the Government develop a clear plan and timetable for EU negotiations.

The Government now needs to plan for tomorrow, setting out the principles that should underpin our new relationship with Europe and the rest of the world – preserve an open economy, protect tariffs and barrier free access to the single market. Businesses need to remain positive and show the rest of the world the UK is now a new trading force.