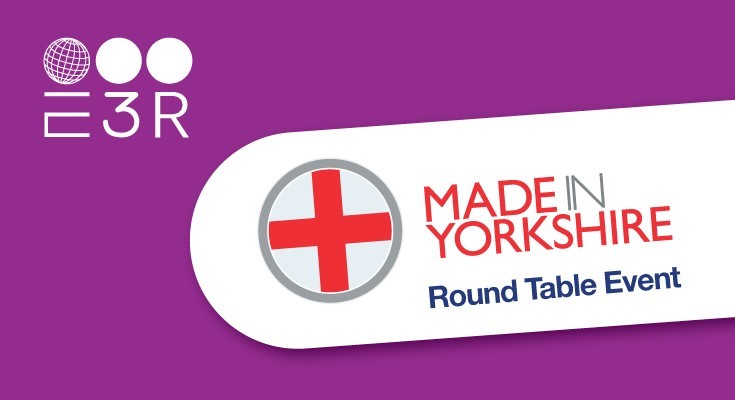 Last month E3 Recruitment and Made in Yorkshire ran a Round Table event with fellow MIY members to discuss recruiting for skills and the ageing workforce. The event was in response to a survey which was conducted in July by MIY asking members what are the current issues they face – and a staggering 70% came back and confirmed recruiting for skills and the ageing workforce are their biggest issues. 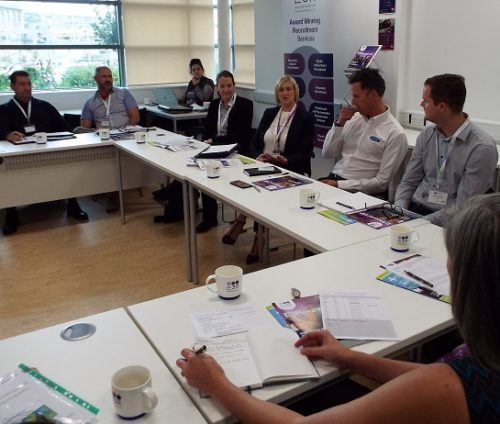 The Round Table was an opportunity to discuss these issues further – including apprenticeships, engaging with youngsters, the ageing workforce and how to attract candidates – sharing best practise, issues, and trends.

E3 Recruitment, Yorkshire’s leading manufacturing, engineering and technical recruiter is a patron of MIY and knows first-hand the issues manufacturers’ face, which is why the agency was the perfect strategic fit to run this Round Table. E3R Director’s Tracie Norton and James Soden represented the agency and was able to share their industry knowledge.

It was a great turn out with 15 delegates representing a range of manufacturing and engineering companies across Yorkshire taking part in the Round Table. MIY Director Chrissie Gale chaired the discussion and kicked things off with apprenticeships.

Apprenticeships
Apprenticeships still remain top of the agenda as they are the main tool to recruit young people into businesses, training them to carry out the necessary roles, becoming valued members of the team and in some cases, the next generation of leaders.

E3R started off the discussion by outlining what the Apprenticeship Levy is to the group – launched in April 2017 by the government, companies that have a wage bill over £3million pay 0.5% of their wage bill into the levy and the government match-funds to utilise the money to upskill existing staff or bring in apprentices.

Confusion
The group all agreed the information which is currently available isn’t very clear and there are a number of grey areas. There was uncertainty about what would happen to the money which isn’t used by the company… Unused levy payments will be lost and any unclaimed payments will then then be available to other businesses looking to spend more. There was also uncertainty around smaller businesses who aren’t paying the levy…. there is funding available for these businesses through the National Apprenticeship Service.

Other Issues & UTCs
It was noted that some school leavers do not have a good work ethic and some do not have the basic Maths and English levels required. There are currently four UTCs (University Technical Colleges) in the region based in Leeds, Sheffield, Scarborough and Hull where students have the opportunity to learn in an environment that is similar to a true working environment in manufacturing and engineering. MPM attended a UTC open evening and with a weeks’ notice they managed to place two students on work experience, although they struggle to encourage more opportunities as UTCs work well with larger companies. MPM made the point that the glass reinforced plastic sector is very niche so schools do not cover it and there isn’t enough people to run specific courses. Others had experienced similar problems and it was agreed that there was a potential opportunity to join up as a consortium. 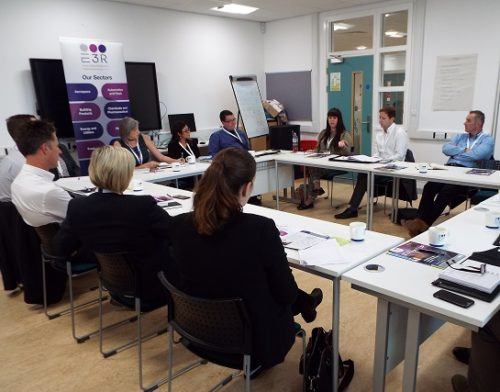 Engaging with Young People
All Round Table attendees were already engaging with schools but some noted there isn’t always obvious routes to building relationships with schools and this can be more difficult for smaller businesses, particularly when they are unable to dedicate resource to this task. There were great examples of best practise from the group; Balmoral Tanks have created a Leadership Academy in partnership with Sheffield Hallam for their new site; Teconnex is one of the largest employers in Keighley but the location is difficult, so they identify the schools that specialise in certain areas and work with them to encourage the younger generation.

E3 Recruitment has been working in partnership with King James School for the last three years after it was brought to light that only 3% of a school year had gone into apprenticeships. E3R attended Careers Conventions, Breakfast Briefings and ran events to change the mind-set and promote engineering and apprenticeships.

E3R encouraged local companies to get involved with King James School including client Extract Technology who has now been involved with the school for the last couple of years. The company opens its doors to their factory and show students around and explain what each role does. They take on three work experience students sell the idea of a career and their life stories to make it more attractive and clear there is an alternative to the traditional college and university route.

Rosti Automotive have staff who are Enterprise advisors. Through their contact with schools they train the teachers as they set the careers agendas. As a result the teachers can talk about the different roles – promoting manufacturing and as a result they have seen a massive boost in interest.

Quickslide made a valid point that football clubs sign up talented footballer whilst they are young – so are we waiting too long to target these younger people? Should we be tapping them up whilst they are still at school? Which is exactly what the tech companies in the bay area of San Francisco do. They nurture young individuals whilst they are still at school and they believe it is their duty to keep them in a job for life. Google have a policy of never firing staff as they are part of the family – so if individuals are under performing then the company has done something wrong and they fix it.

Ageing Workforce and Succession Planning
With employees working longer, and the retirement age expanding by at least 15 years, succession planning is becoming even more challenging for employers. For Excel Water there are very few traditionally trained apprentices still working. To tackle this they are encouraging older people to train the younger engineers ready for them to move up when they retire. This is done through Personal Progression Targets to get individuals thinking about it and sharing knowledge to ensure it’s not lost. It is also acknowledged that the older workers may not be able to carry out some of the more strenuous roles; some of their roles will become more office based due to their natural fitness levels depleting.

MPM are aware that older people can feel threatened when upskilling younger people to do their role with many believing knowledge is power. They try and change people’s mindset and explain it in terms of a football team putting the older person into the position of team manager. What would they do if a midfielder was unable to play? Who would they use and why and what skills would they need? Often as a result of this process they begin to delegate.

Other Sources for Skills
It was acknowledged the military can have some relevant experience and they have a strong work ethic because of their military training and tend to be very presentable in interview. However, for some candidates it can sometimes be difficult for them coming out, especially if they are older as they can be very institutionalised so there can be an adjustment period.

Teconnex launched a new site in Mexico and found the overseas students are fantastic and most come with Master Degrees and inspire others to want to achieve more in the workplace. Winder Power has found that Brazilian students have been fantastic. But with international students there is quite a lot of paperwork so they are not suitable for short term working due to this. The group also noted looking to other sectors where people have strong work ethics and transferable skills is plausible. 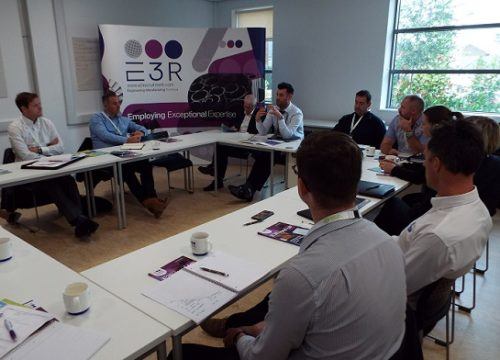 Attract Candidates
MPM have an in-house referral scheme so they rarely advertise externally as the scheme is very effective with a high success rate. They also listen to the opinions of other members of staff, so if they get applications and they feel they won’t fit in with the culture, they tell them. They also get as much feedback as they can from leavers to know what they are doing right. A lot of it is down to relationships and listening to the workforce to understand what they like about their role, so they can sell it to others.

From a career progression and internal promotion viewpoint Quickslide noted that it is important we know how all staff want to progress – both blue collar and white collar – and nurturing these individuals to be able to do this. We also need to accept that some employees don’t necessarily want to progress and that’s ok.

E3 Recruitment made the point that companies should question why a candidate would want to work for you? Attracting the candidates is part of the issue with many of the younger generation making snap decisions on companies based on perceived cultures and websites. Finding the right candidates who is the whole package including skill set, experience, work ethic and attitude who wants to work for a specific company can prove challenging. For E3 Recruitment it’s all about building relationships – getting to know the client, the roles and the ideal candidate – the agency are here to advise and support.

Conclusion
The session was extremely valuable with a great discussion of the issues the manufactures face and great examples of best practice. The above summary of the discussion is just the tip of the iceberg, but there were lots of other valid points and input from all members. Hopefully this will have given you something to consider and you might be able to take away some ideas for your business. Thank you to all those who attended and contributed. The group plans to meet again the New Year to discuss progress. If you are interested in getting involved please email ash@madeinyorkshire.com