Manufacturing Survey 2015: Will the next Government deliver? 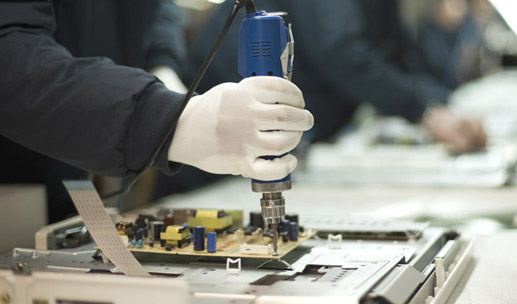 Manufacturing Survey 2015: Will the next Government deliver?

THE manufacturing sector has undergone a rollercoaster ride over the past five years and the situation the next Government – whatever its make-up – inherits will be a far different one to that faced by the coalition when it came to office.

Back then, many of the traditional industrial powerhouses such as automotive and aerospace were struggling badly; in the case of the former many leading manufacturers had been forced to go cap in hand to the Government to ask for support, including one Jaguar Land Rover.

That industry, together with many others across the manufacturing spectrum have hauled themselves out of recession and are now capitalising on improved global demand for their goods.

In fact to many, the UK stands on the cusp of a manufacturing renaissance.
However, the key to sustaining that growth will be a crucial aspect of the next Government’s first few months in office.

Many manufacturers are concerned over the implications of a referendum on the UK’s membership of the EU, while the politicians manning the various ministries will have some important decisions to make in order to determine the level of support required to ensure manufacturing growth can continue.

TheBusinessDesk.com and international law firm Squire Patton Boggs are currently looking to gauge levels of confidence within the manufacturing sector and to determine what businesses want to see happen over the course of the next 12 months.

A key aspect of this will be a survey, running across all three of our regions,

It addresses key topics such as skills shortages, the supply chain, education, EU membership, access to finance, energy and re-shoring.

Once complete, we will gather the data and use the insight to set the agenda for a series of round tables in May and June with leaders of manufacturing businesses and sector experts, which will then be published on our website later in the summer.

Simon Garbett, a partner at Squire Patton Boggs in Birmingham, said: “In launching this survey we are keen to understand what kind of business support manufacturers would like from the next government to ensure they are competitive in today’s markets.  Issues such as the importance of the UK remaining part of the EU, government policies on tax, immigration and infrastructure will all impact on the cost to manufacturers of doing business and their ability to access skills and finance.”