At E3R, we’re dedicated to giving something back through our CSR and charity efforts. E3R is proud to be a charity partner of the Forget Me Not Children’s Hospice
Forget Me Not Children’s Hospice supports children with life-shortening conditions and their families through their Hospice at Home Service and also their fantastic hospice buildings – Russell House in Huddersfield and Grace’s Place in Bury. Right across West Yorkshire and North Manchester, they provide outstanding nursing care, days out, listening, respite care, therapy and even assist with domestic chores.

Fundraising in 2020
2020 has been a year like no other and charities have really struggled to raise funds due to fundraising events being cancelled and charity shops being closed. So, when we heard that our charity partner was losing over £7,000 per day, there was no doubt that we had to help.

We are proud to have helped raise thousands of pounds for Forget Me Not Children’s Hospice, by helping them deliver the ‘Jack Carroll and Friends’ charity evening series, which saw comedian Jack Carroll interviewing his comedian friends, including Jason Manford, David Walliams, Frankie Boyle and world champion boxer George Gloves.

Over seven weeks in May and June, thousands of viewers raised thousands of pounds through tickets sales to watch via live Zoom. We were able to support by offering resource and expertise to help deliver this online fundraiser, co-organising and supporting the Zoom event.

Christmas 2020 we once again made a donation to Forget Me Not Children’s Hospice instead of sending Christmas cards.

Fundraising in 2019
Last year in March we attended their Audience with Paula Radcliffe and Steve Cram at the John Smith’s Stadium in Huddersfield to raise money. Both athletes shared their inspirational sporting stories and there was a Q&A from the audience with the evening being hosted by Yorkshire comedian Pete Emmett.

In June E3R sponsored a colour station at the charity’s amazing Colour Run at the Orchard FM Sports Park in Salendine Nook, Huddersfield. The run that is suitable for all ages and fitness levels, saw hundreds of people run, walk, dance or jog their way around the 3.5km course, whilst being showered in coloured paint powder.

Later that month E3R Warriors took on Total Warrior at Bramham Park, Leeds to raise money for the charity. The grueling course included 25 punishing obstacles including the Human BBQ, Cement Mixer, Death Valley and The Shocker to name a few and also includes 10 tons of ice and 100 tons of mud over 12k. This equaled one huge challenge for the 10 strong team with limited fitness levels and together raised over £500 for their efforts.
https://www.forgetmenotchild.co.uk/

Children’s Heart Surgery Fund was E3R’s Charity Partner between 2017 – 2018 and we are proud to have raised over £5,500 in which supports children and adults born with congenital heart defects across Yorkshire and North Lincolnshire. 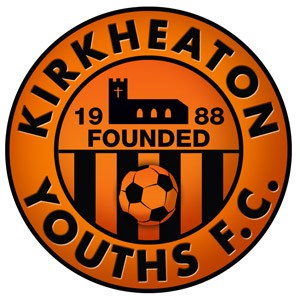 E3R has been the proud sponsor of Kirkheaton YFC Under 11s for the last four years.

The under 11s are now made up of two teams – The Lions and The Tigers. They now play nine-a-side football and are part of the Macron Huddersfield Junior Football League. They play their matches on Sunday mornings and are coached in training sessions on Thursday nights.

E3R has supported the U11s since they started from the under seven age group, with a team of 10 players. This has now grown to a squad of 24 players and developed into two great teams.

There are numerous benefits for the young players, including health and fitness, balance and coordination, communication, social skills and team work – all of which will help to build confidence, enabling the young players to grow friendships and develop as individuals.

7th January 2021
With the government’s announcement of lockdown 3.0 on Monday evening, we wanted to reassure all our clients, candidates and...
Read full story

16th December 2020
E3R would like to wish you a Merry Christmas and a Happy New Year. This year we are mindful...
Read full story